Projects // Become whoever you want to be

Become whoever you want to be

launch a common initiative for the children of Ukraine

“Become whoever you want to be” (in Polish: Zostań kim chcesz) is the name of a charity action organised by Omenaa Mensah’s foundation, in the framework of which a limited collection of sneakers for children and adults has been created. The proceeds will support the education of children from Ukraine, Polish orphanages and Ghana. The first line of shoes decorated with drawings made by the children in the care of Omenaa Foundation presenting their dream jobs is already available for purchase on eobuwie.pl. The second line will appear in CCC shops on 1 April. Together with the originator of the idea, the following personalities have become the ambassadors of this project: Małgorzata Rozenek-Majdan and Radosław Majdan with their children, Dorota Gardias with her daughter, Zosia Ślotała-Haidar with her chidren, Cezary Pazura and Wojciech Sikora.

The ”Become whoever you want to be” action has been planned for almost a year. Its original aim was to support the children in our care in Ghana and those from Polish orphanages, says the originator of the project, Omenaa Mensah. However, the start of the war in Ukraine has changed our initial plans as the Ukrainian children, who are currently receiving our help, have joined the circle of the most needy. In Omenaa Foundation, we aim to provide help in a wise long-term manner, which will allow the children who have escaped war together with their parents and those from Ukrainian orphanages who are being brought to Poland to continue their education. According to official information, as many as 8 thousand orphans from Ukraine may be brought to our country. We are helping in their transport to Poland and their allocation in new places. The proceeds from the “Become who you want to be” action will first and foremost help the Ukrainian children in need.

The outbreak of the war in Ukraine is an indescribable tragedy bringing death, destruction and displacement of thousands of refugees seeking a safe haven for their families in foreign countries. The main victims of the war are children, who suddenly had to leave their homes, schools and friends. Omenaa Mensah is not indifferent to their tragic fate. At the beginning of the war, she decided to take prompt action together with her foundation assisting Ukrainian refugees in finding a creche, kindergarten or school as well as arrange free Polish language classes and ensure necessary psychological support. She is also actively helping in the transport of Ukrainian orphans to Poland. At the same time, the foundation has been working on creating centres for mothers and children involving long-term systemic support, where the children will be given an opportunity to learn and develop, and their mothers will receive help in seeking employment so that they could become independent as soon as possible.

The shoes that help

You can support the foundation’s action in various ways: by making donations, by volunteering to help and also by choosing the shoes from the charitable “Become whoever you want to be” collection.

“The shoes are unique because they help children but also because they have been created in cooperation with children”, explains Omenaa Mensah. They are decorated with original drawings made by children from orphanages presenting their dream jobs, which, in their opinion, will allow them to make their dreams come true in their adult lives. Since the very beginning of my foundation, I have been emphasising that proper education is key to making children’s dreams come true. That is why the proceeds from the sales of the shoes will support the development and education of the most needy kids.”

The ”Become whoever you want to be” action brings together children from Ukraine, Polish orphans and Ghanaian children in the care of Omenaa Foundation since all the proceeds will support their education. Two lines have been created in the framework of the collection. The first one includes 6 models: 2 for small children, 2 for older ones and one model each for women and men. The line has been available on eobuwie.pl since 14 March. The second one consists of 13 models for children, 4 for women and 4 for men. It will be available as of 1 April in chosen CCC shops in Poland, Czechia, Romania, Slovakia and Hungary as well as online on ccc.eu.

The charitable collection is being promoted by the following showbiz personalities: Małgorzata Rozenek-Majdan, Radosław Majdan, Cezary Pazura, Dorota Gardias, Zosia Ślotała-Haidar and Wojciech Sikora, who have become the ambassadors of the project. Together with their children as well as children from Polish orphanages, they have participated in a photoshoot promoting the action. 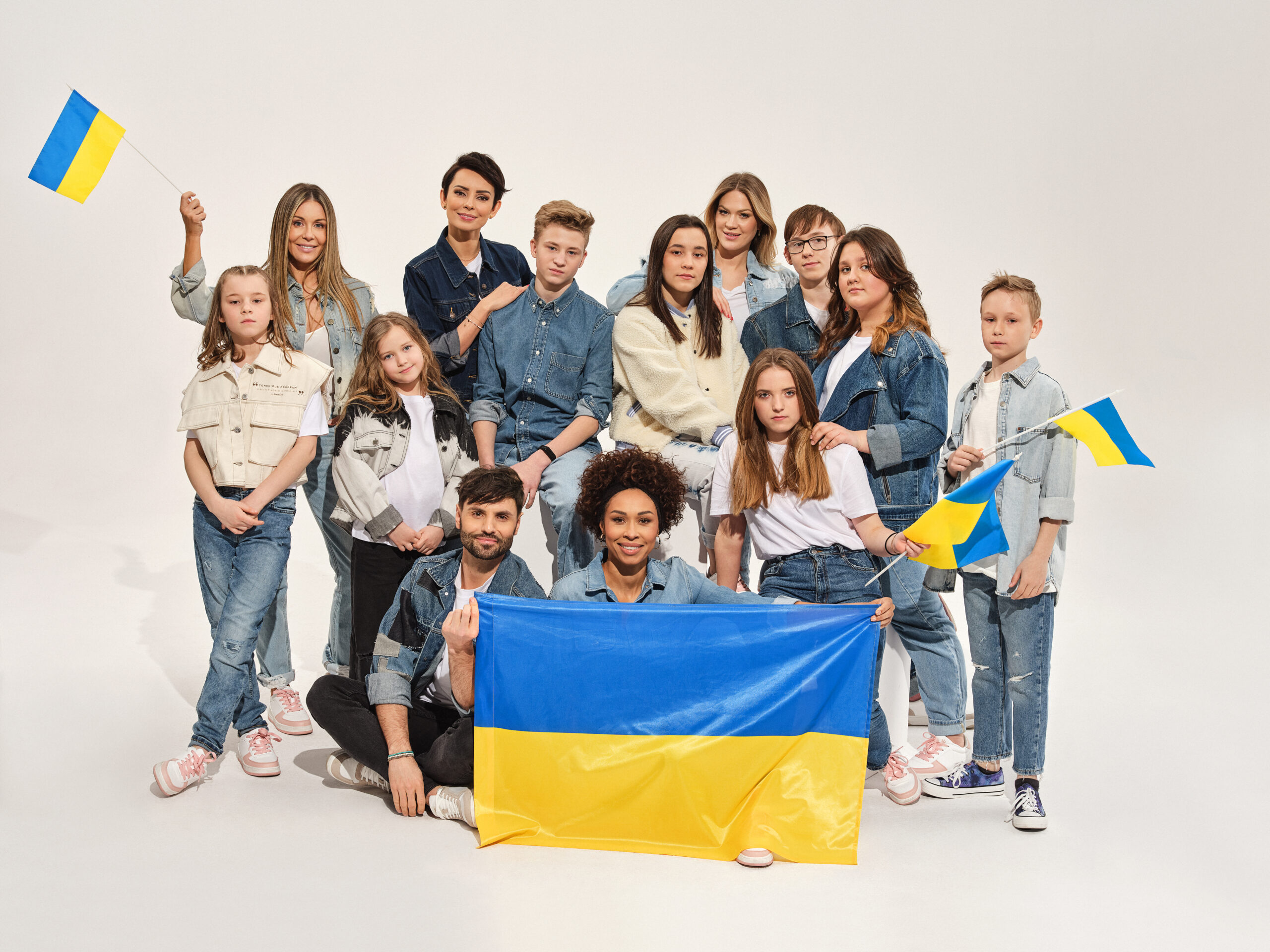 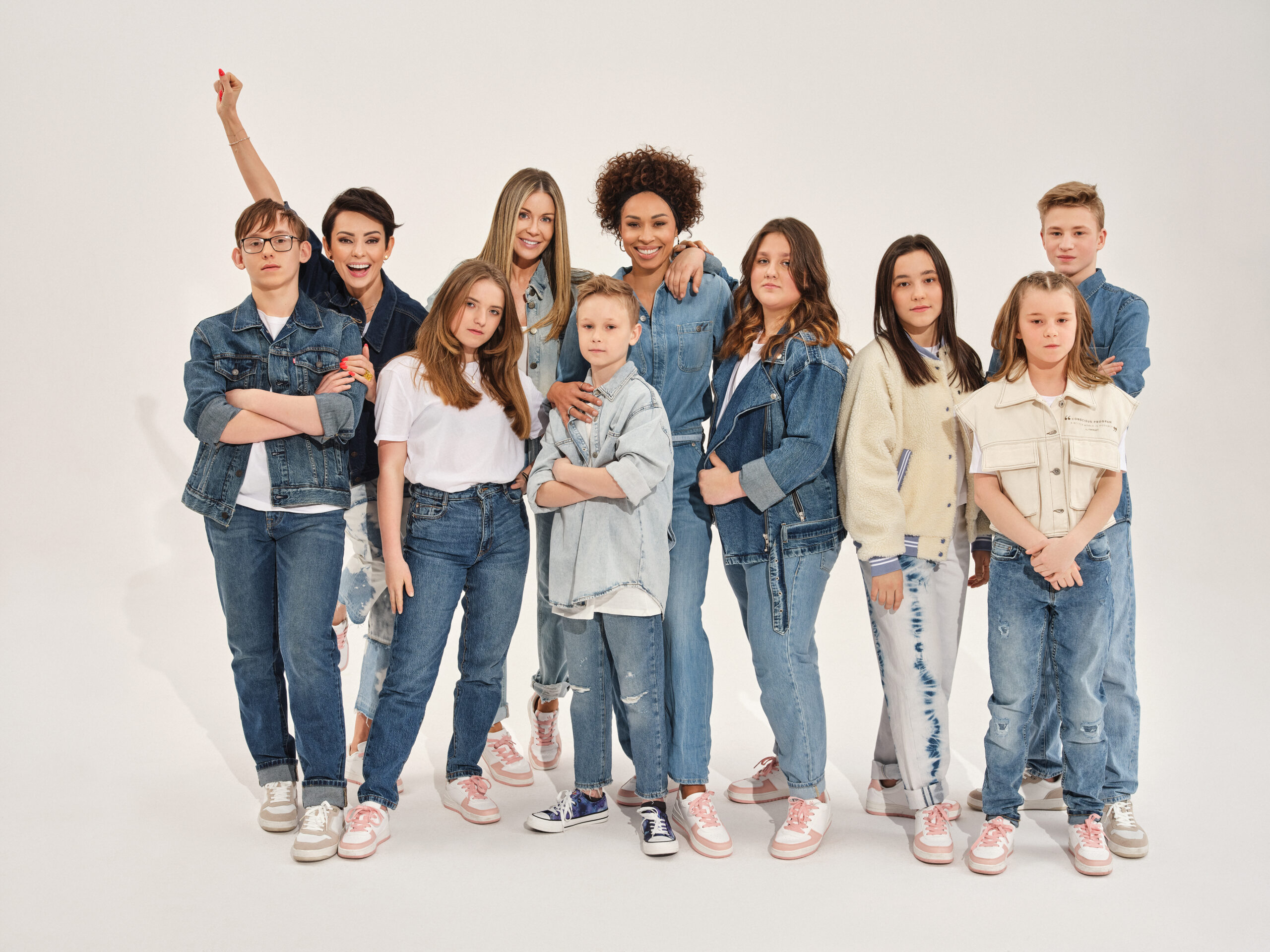 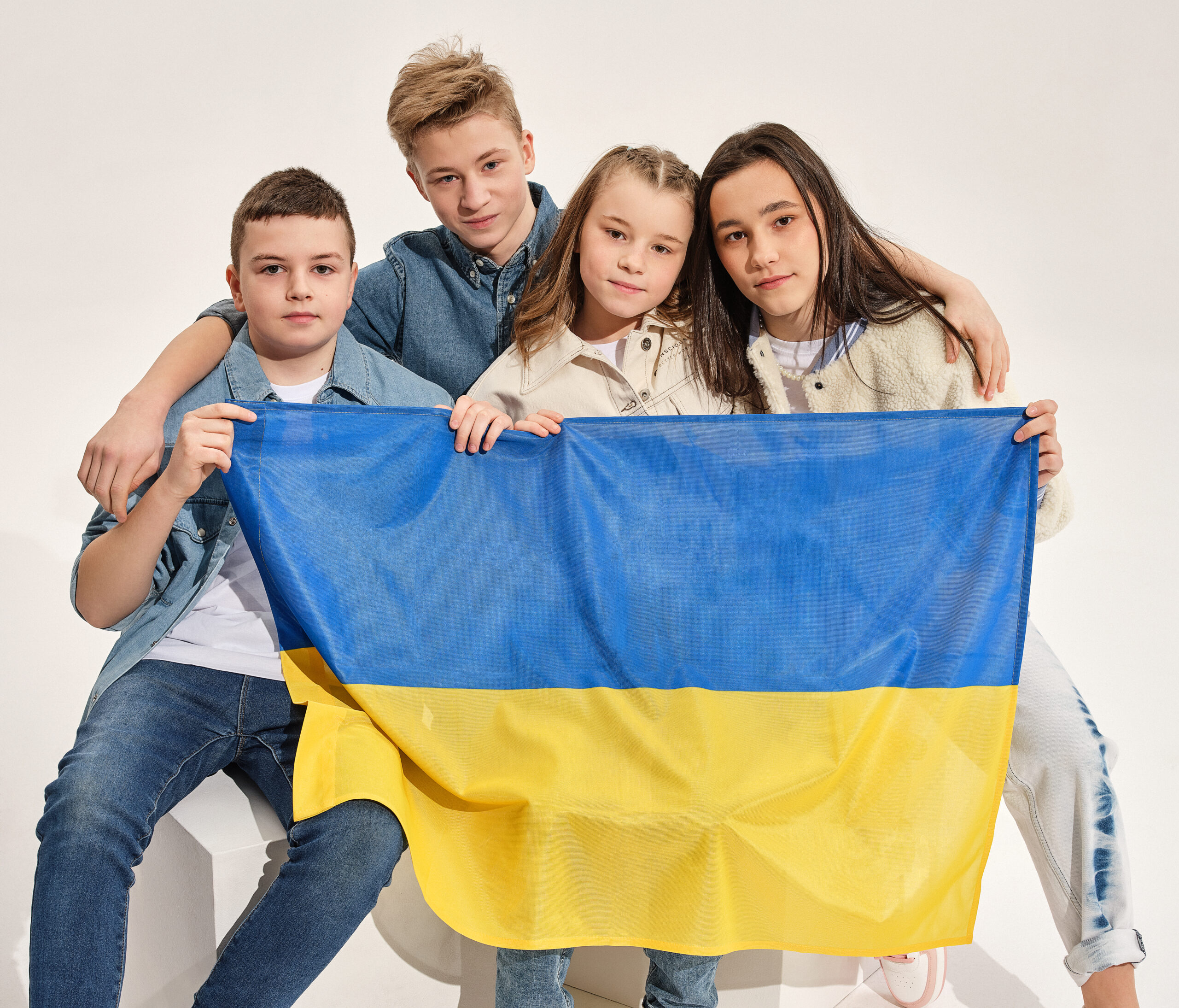 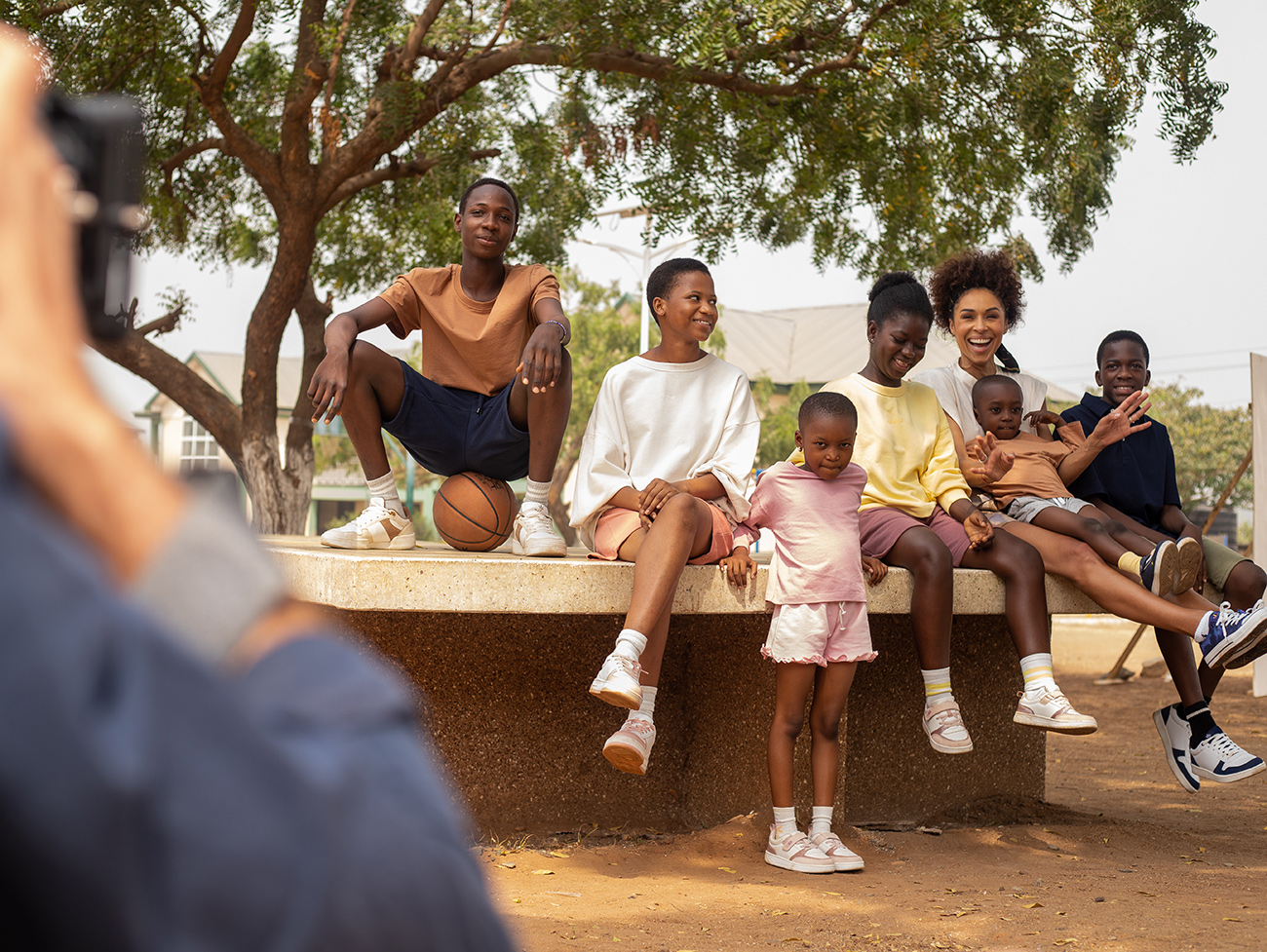 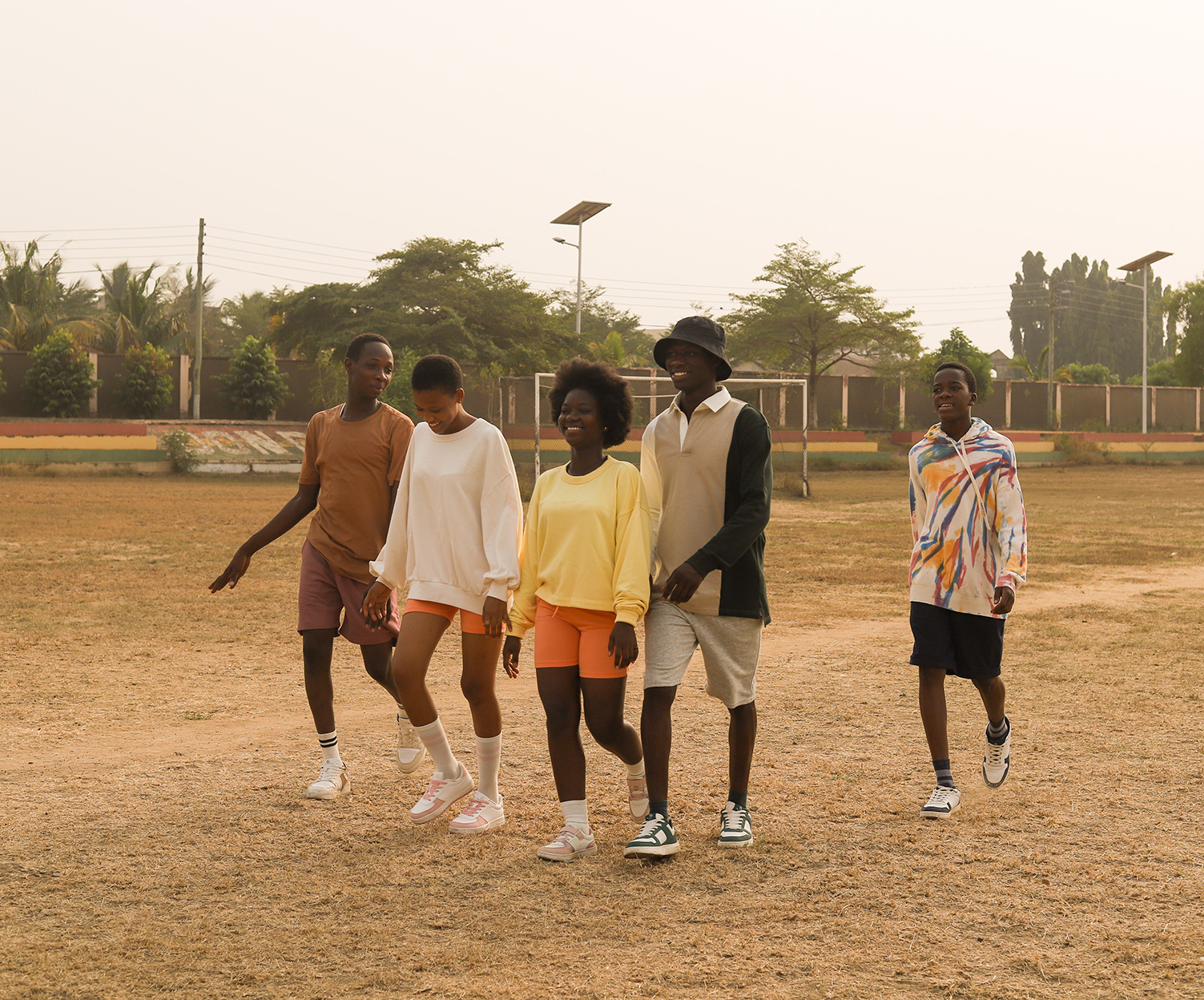